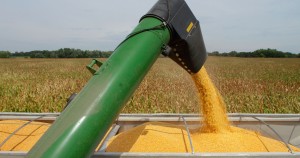 RIO DE JANEIRO, BRAZIL – The Brazilian Statistics Bureau (IBGE) predicts a good harvest in Brazil for the year 2015 with a total of 205.8 million tons of produce based on their June data published on July 9th. This would be an increase of 6.5 percent compared with the harvest of grains, vegetables and oil-seeds of 2014.

The area to be harvested amounts to 57.5 million hectares, a growth of 1.9 percent in comparison to the previous year, but a decline of 45,827 hectares in comparison to May 2015.Compared with the data from May that was published by the IBGE, the prediction of the harvest has even increased by 0.7 percent or 1.4 million tons of produce.

The three main produces in Brazil are rice, corn and soy. Combined they constitute 91.9 percent of the predicted harvest. They are grown on 86.1 percent of the total agricultural area. Soybeans took over an additional 5.5 percent of the harvested land with an increase of 11.6 percent in outcome.

This year will constitute a record in soy production with 96.4 million tons of soy harvested, 0.2 percent more than what was predicted in May. The state of Mato Grosso is the main producer of soy, housing almost a third of all soy fields.

The fields rice is grown on only increased by 0.8 percent, while corn fell by 3.5 percent. Nevertheless, the production of corn will rise by 1.9 percent, while rise will increase two percent.

The Center-West region of Brazil is the main agricultural region of the country in general producing more than forty percent of this year’s total outcome, followed by the South with around 37 percent. The Southeast, Northeast and North of Brazil each produce less than ten percent of the national agricultural products.