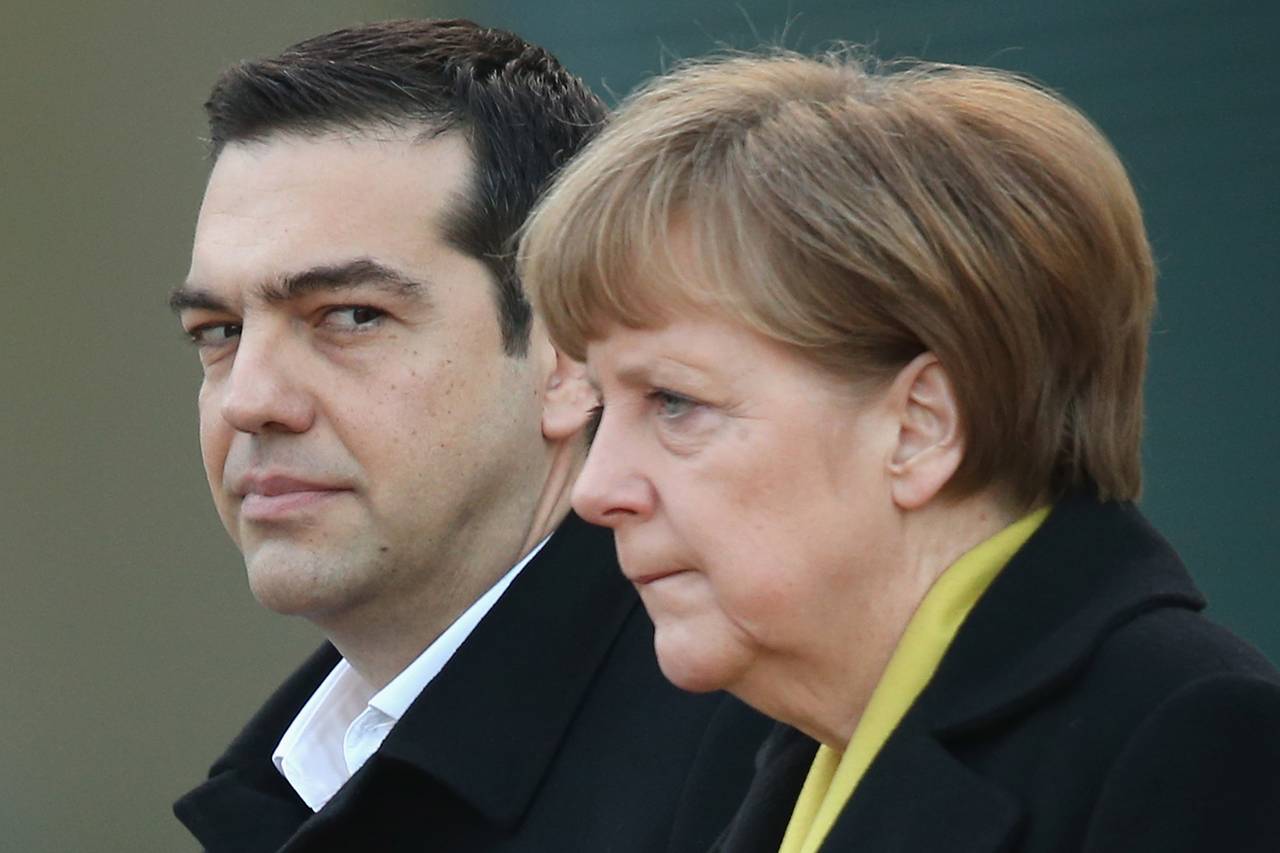 As emergency talks drag on, the prospect of Greece tumbling out of the currency union is dividing Europe like never before.

After five years of battling to keep Greece in the eurozone, the German chancellor, Angela Merkel, is now warning that there cannot be a deal at any cost. A German government paper floated the idea of expelling Greece from the eurozone for at least five years. But France and Italy argue that Greece must be kept in the currency union, fearing Grexit would be a historic mistake that would damage the credibility of the entire European Union.

There is relief and anger in Athens after the Greek prime minister agrees to deep economic reforms, including asset sales, in an attempt to get a third bailout

Several countries that have recently emerged from their own painful austerity bailouts, such as Portugal and Ireland, want to ensure Greece signs up to credible reforms to get further help.

Even if eurozone leaders agree on Sunday night to open talks on a €86bn (£62bn)bailout for Greece, some national parliaments could still oppose the plan.Finland is certain to reject another bailout for Greece to avoid a schism that could topple its two-month-old government.

Finland’s refusal could embolden other eurozone members to block a deal, especially those in central Europe and the Baltic, which are proving to be the fiercest critics of the Greek government. Lithuania has hit out at what the Lithuanian president, Dalia Grybauskaitė, called Greece’s “mañana” approach to negotiations; Slovakia fears the eurozone could become a “zombie” area if Greece stays.

Potentially, eurozone governments could override Finland, or another small country, by resorting to an emergency voting procedure that requires only 85% of eurozone governments to support a bailout. But this could be politically explosive, as well as uncharted legal terrain. To use the special voting rule, eurozone leaders would have to agree that “the economic and financial sustainability” of the eurozone is at stake. But many governments have spent weeks arguing exactly the opposite.

Germany: Angela Merkel has long sought to avoid going down in history as the German chancellor who presided over the breakup of the eurozone. But her government and many centre-right MPs are not convinced that Greece has done enough to justify a new three-year bailout.

Austria: Austria has been consistently downbeat about the prospects for an agreement with Greece and thinks the risks of broader contagion to the rest of the eurozone from an exit are limited.

The Netherlands: The Dutch prime minister, Mark Rutte, is a close ally of Merkel and wants Greece to come up with far-reaching reforms, otherwise “it will be over quickly”.

Belgium: Although a champion of EU integration, Belgium’s centre-right government is worried the eurozone’s credibility would be damaged if agreements with Greece were changed.

Finland: The nationalist Finns party has threatened to pull out of the ruling coalition and topple Finland’s two-month old government if the country agrees to a third Greek bailout.

Slovakia: An amicable split between Athens and its eurozone partners would be better than allowing Greece or the entire currency bloc to turn into a zombie state, argues Peter Kažimír, Slovakia’s finance minister.

Lithuania: Lithuania is the newest entrant to the eurozone and one of Greece’s harshest critics. The president, Dalia Grybauskaitė, has said Greece’s proposals are insufficient and based on outdated information.

Latvia: The Latvian prime minister, Laimdota Straujuma, insists she will not sign up to any agreement that means writing down the value of Greece’s debts, while the head of Latvia’s central bank thinks Greece has already “voted itself out of the eurozone”.

Malta: “We need a solution but not at any cost,” the prime minister, Joseph Muscat, has said. Malta is against reducing Greece’s overall debt burden, but is prepared to make repayment terms more flexible.

Wavering, but prefer to avoid Grexit

Portugal: Portugal went through three years of painful austerity in exchange for a €78bn bailout. Although not in favour of Grexit, its liberal-conservative government opposes debt relief for Greece, arguing that Athens should get its house in order.

Ireland: The taoiseach, Enda Kenny, has urged fellow European leaders to look at the bigger picture. But Ireland has swallowed its own bitter austerity medicine and is keen to ensure Greece does not get a no-strings bailout.

Cyprus: With memories of its own chaotic €10bn bailout in 2013 still fresh, Cyprus hopes Greece will stay in the eurozone, but would like to see further reforms.

Estonia: Along with its Baltic neighbours, Estonia has also taken a tough line with Greece. But Estonia’s president, Toomas Hendrik Ilves, has warned that a Greek default could cost poorer eurozone members 4.2% of their GDP.

Anything to avoid Grexit

France: At the 11th hour of the debt crisis, France became Greece’s champion. The French president, François Hollande, is determined to strike a deal and thinks Europe’s future is at stake.

Italy: The Italian prime minister, Matteo Renzi, is determined to keep Greece in the eurozone and stop the “humiliation” of a European partner that has given up so much already. “Enough is enough” is the message he wants to convey to Germany.

Spain: Madrid thinks keeping Greece in the euro is vital, but the centre-right government in Madrid will not want to make conditions too easy on Athens for fear of boosting the anti-austerity Podemos party.

Luxembourg: Always a stalwart of European integration, Luxembourg argues that Germany has a responsibility to prevent Grexit. The foreign minister, Jean Asselborn, has said Grexit would trigger a deep conflict between Germany and France, which would be a catastrophe for Europe.