The 2nd BRAZIL BUSINESS CLUB took place in Amsterdam, last April 30, at  the Honorary Consulate of Brazil in the Netherlands.

The event was opened by its patron, Mr. Reinier Russell (Honorary Consul of Brazil in the Netherlands), which stressed the importance of that exchange of business and culture, especially given the fact that the Netherlands has occupied  the top positions in the  ranking  of foreign investors in Brazil, leading the list in a few years.

The CEO of the DO BRASIL GROUP, Pollyane Dos Reis, reiterated that the goal of BBClub is to bring together Brazilian and Dutch to exchange experiences, strengthen their relationships and expand their business. She also thanked enthusiastically by the presence of the companies that signed up for the event, recognizing its relevance.

The 2nd BBCLUB was attended by 40 companies. At the time, the entrepreneurs of “Yunitrade Automotive – Connected Mobility Partner” and “Gassan Diamonds” talked about their activities, and notoriously proved pleased for the opportunity to disclose them.

Should you be interested in participating, please register you company on following link:
registration BB Club >>> 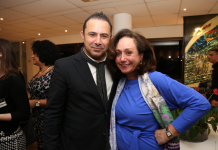 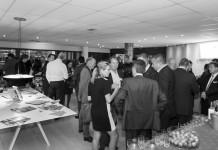