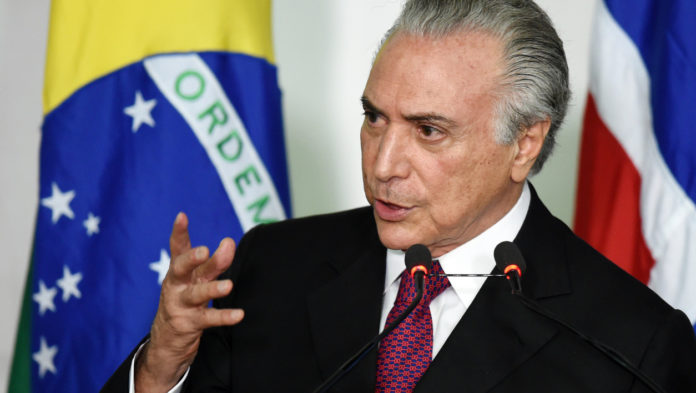 Michel Temer may not have completely won over Brazilians since taking over as acting president in May, but he appears to be a big hit with investors.
Brazil’s benchmark equity index has now soared almost 60 percent in dollar terms this year, while overseas government bonds have returned 26 percent. Investors have poured into Brazil on optimism the 75-year-old career politician will be able to pull the economy out of its worst tailspin in more than a century. Brazil is taking advantage of the improved mood, selling $1.5 billion of global notes Thursday as borrowing costs fall.
Temer has yet to push through any major policy proposals, but he’s impressed investors by assembling what Goldman Sachs Group Inc. has called an economic dream team, which includes Finance Minister Henrique Meirelles and Ilan Goldfajn, head of the central bank. Temer, who replaced Dilma Rousseff while she faces an impeachment trial, has also improved relations with Congress, fueling hopes he can pass legislation to repair Brazil’s finances.
“The honeymoon with Temer is not over yet,” said Edwin Gutierrez, the London-based head of emerging-market sovereign debt at Aberdeen Asset Management Plc, which oversees $420 billion. “He’s doing better in Congress than most people had expected. Investors expect that Temer continues to stop the bleeding and move the reform agenda forward.”
The International Monetary Fund said Tuesday that consumer and business confidence “appear to have bottomed out” in Latin America’s biggest economy. Still, only 14 percent of respondents in a Datafolhapoll this month said they considered the government “good or great,” while a third viewed it as “bad or terrible.” About a third of those surveyed said they didn’t know who the president is.
Temer’s status is still dependent on whether Rousseff is formally impeached. A final vote on whether to oust her for allegedly doctoring budget figures is likely in August.
A wide-ranging probe into corruption also remains a risk for investors bullish on Temer. The investigation has already implicated some of the largest conglomerates and high-profile politicians. Three members of Temer’s own Cabinet have resigned after being linked to the probe.
“Every week or so you learn that a different company is involved in some corruption investigation,” said Jason Trujillo, a senior emerging-markets analyst at Invesco Ltd. in Atlanta. “You need to find some level of resolution to all the investigations going on. If these get resolved as the country moves on, that could certainly unlock value.”
The rally in the Brazilian real has helped propel the gains in stocks and bonds. The currency has gained 21 percent against the dollar this year, the most in the world. The cost to hedge against losses in Brazil’s bonds has also plunged by nearly half since September, when the country lost its investment grade. Financial assets have also gotten a boost from improved global sentiment as commodities prices rebound.
Even after the run-up in prices, there are more gains to be had in Brazil, said Alejo Czerwonko, an emerging-market investment strategist at UBS Wealth Management in New York.
The firm, which oversees $1 trillion, is overweight Brazilian equities in its emerging-market portfolios.
“Brazil offers some of the most interesting investment opportunities across asset classes in emerging markets,” Czerwonko said. 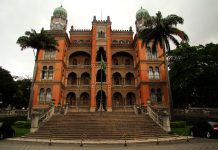 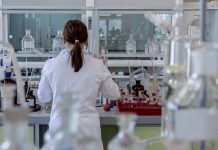