Bradutch’s first seven representative offices in Brazil are officially operational following an opening ceremony held yesterday (2nd) at the headquarters of the Federation of Industries of the State of Ceará (FIEC), in Fortaleza. The fully booked event was held with the support of FIEC, O Povo, Embassy of Brazil in The Hague, KLM, Sky Team, Invest in Holland and Albuquerque Pinto Soares Vieira Advogados. The guests were welcomed by a committee including Bradutch’s Chairman, Reinier Russell; Executive Director, Pollyane dos Reis; Financial Director and Commercial Relations (Brazil), Cristiane Bueno; and by the Managing Director of Bradutch’s Representative Office in the State of Ceará, Tiago Furtado. The event was also attended by the following participants: Air France-KLM General Director for South America, Jean-Marc Pouchol; Manager of FIEC’s International Business Center, Ana Karina Frota; NFIA’s Director Brazil, Robbert Meijering; Air France-KLM Commercial Director for South America, Seth van Straten; and Consul of the Netherlands in Fortaleza, Annette de Castro. The Brazilian Ambassador to the Netherlands, Mrs. Regina Dunlop, recorded a message that was broadcasted to the audience on the importance of the opening of the offices and the role of Bradutch in the approach between Brazilian and Dutch businessmen. In this way, the Chamber’s Business Platform gains a new potential by having the representatives in Brazil to intensify and diversify its activities. The offices will organize events focused on helping entrepreneurs interested in internationalizing their companies, starting this month. Bradutch plans to use these offices as a two-way bridge between Brazil and the Netherlands, serving the interests of companies from both countries. With the official opening, the seven representative offices are already open to new members and partners. If you are interested in becoming part of this Platform, it is already possible to contact one of our representatives: 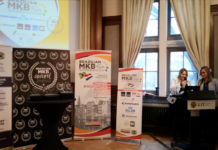 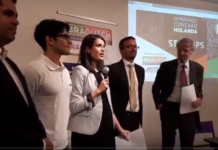