A survey released by the Brazilian Ministry of Tourism this week shows that the number of foreign visitors in Brazil has remained practically the same in the last three years. In order to move the sector and encourage the arrival of international investors, business leaders set some priorities. More investment in public safety, in infrastructure and in the fight against corruption were cited by the businessmen heard by Agência Brasil, during the Meeting of Leaders of Tourism, held in Foz do Iguaçu (PR).

The commercial director of Grupo Recanto Cataratas, Edilson Andrade, who operates in the hotel market in Foz do Iguaçu (PR), says that the private initiative believes in developing the potential of tourism and, therefore, has never stopped investing. According to Andrade, however, the sector demands more structuring actions by the government. “One example is the experience of traveling by road, lacking infrastructure. The roads are not in the same category as when the tourist visits Europe, the United States, he returns talking wonders how much he felt safe traveling with his family by car,” he says.

Brazil currently has a road network with a little more than 1.7 million kilometers in extension, however, according to the CNT Transporte 2018 survey, only 12.4% of the highways are paved. The quality of the pavement influences the safety during the transport of the tourists, but the circulation in the cities can also represent a risk under another aspect of security: the violence.

In the ranking created by the free application Safe Around, which compiles data from government sites to guide tourists regarding safety, Brazil is classified as a medium-risk country for travel and ranks 81st out of 162 countries.

The tool uses eight evaluation criteria and Brazil was classified as a medium risk in the general risk, transportation, natural disasters and safety for women. Terrorism is the only criteria where the country is assessed as low risk. When it comes to robbery and armed robbery, Brazil is classified as high risk.

Despite all these limitations, the group in which Edilson Andrade works optimistically sees the National Tourism Plan’s expectation of doubling the number of international visitors and reaching the goal of 12,000 foreign visitors per year by 2022. “In the past couple years, we have come out of an infrastructure of 300 units, 300 apartments, from an important and known resort, to 1,000 units. So we have more than tripled the offer,” he says.

Another businesswoman from Foz do Iguaçu who has good expectations for the sector is the CEO of the Parque das Aves, Carmel Croukamp, ​​who has been in charge of the project for 10 years. The enterprise has grown and currently receives 830 thousand visitors per year. In the period, the group changed the focus of action and communication with visitors. The decision was motivated by the extinction of a species of bird in the region, the pararu-espelho, which caused the park to concentrate efforts on the conservation of 120 species and subspecies of Atlantic Forest.

For Carmel, cases of brand consolidation, such as the change in its business, or examples of countries such as Canada, Australia and Dubai can serve as models in creating brands for destinations in Brazil and support the promotion and marketing of services and products in the international market.

The activity is attributed by the Brazilian Tourism Institute (Embratur). The Minister of Tourism, Marcelo Álvaro Antônio, has reinforced the idea of ​​strengthening Embratur, making it a tourism promotion agency.

This is one of the changes proposed in bills 2,724/2015 and 7,425/17, which create a new source of resources from a percentage of 1.7% of the gross collection of contests and federal lotteries, which would be deducted from the 20% of the administration fee currently paid to the Caixa Econômica Federal.

The new source would serve to make Embratur sustainable in actions to promote and disseminate Brazilian destinations in other countries and would also create new assignments for the institution. According to the president of the Permanent Commission of Tourism in the Chamber of Deputies, Newton Cardoso Jr. (MDB-MG), the agency would function in the form of autonomous social service as entities belonging to the “S” System.

The deputy said that the change would make feasible the possibility of Embratur financing projects for the development of tourism, as well as promoting the training of skilled labor for the sector. “Certain regions of the country have no supply of skilled labor. If you are going to bring in the project is very expensive, and may even become unfeasible, so investing in qualification, training, preparation of people in tourism is fundamental to generate employment,” he says.

According to the deputy, the agenda of the federal government for the sector is convergent with that of the Permanent Commission of Tourism in the Chamber of Deputies. Even so, according to him, some points seen as priorities face resistance in the National Congress. An example is the proposal that makes legal ventures such as casinos and other gambling related.

Bill 442/1991 dealing with this subject is in the Chamber of Deputies. The text has already received several amendments and currently includes different forms of games, including the most modern, such as online betting. For Mr Newton Cardoso Jr, the scope may be a factor that hinders the approval of the matter. Therefore, he already works on a proposal that intends to focus on the liberation of casinos in the so-called special areas for tourism development.

According to him, research indicates that the activity, if authorised, has the potential to generate 600 thousand jobs in the country and could inject R$ 30 billion in tax collection. With the ban on casinos in Brazil since 1946, “this type of gambling has migrated to marginality and the country has lost the opportunity for investment, business and job creation,” he says.

There are two debates on the subject within the National Congress. One would be the idea of ​​authorising casinos only in large resorts, in an integrated way. The other proposal is that defended by the president of the Tourism Commission. According to him, the idea of ​​installing the casinos in the special areas for tourism development “will promote the spread and regionalization of tourism, far from large urban centers.”

The idea is to create special areas with geographic delimitation of regions with different vocations for tourism and administratively facilitate, with exemption from taxes, speed for the installation of tourist equipment and in the licensing concessions. Casinos would be one of the equipment provided in these differentiated areas, with a number of this type of establishment, according to the population of each area.

In addition to the projects already discussed in Congress, the deputy says that the commission has also sought to approach the “tourism trade”, that is, the different economic sectors involved in the tourism business. One of the sectors that is part of the trade is that of the entrepreneur, who, although he has the Tourism Development and Structuring Program (Prodetur + Turismo), created by the government to facilitate obtaining financing with differentiated interest, asks for more attention for the small entrepreneur. The owner of Concept Design Hostel and Suites, Cyntia Braga, has been working in the hotel industry for five years and says that the biggest difficulty is to start low interest when you are small.

The businesswoman says she created the business with a lot of research and planning, but the results were surprising and the demand grew rapidly, with the need for expansion. “I already have my demand, I already glimpsed an interesting growth for us, I have done my homework, I already have many things lodged, awards, high scores in sales channels, I already bought a lot next to it, that is waiting for the money for the expansion, which until now has not arrived,” she says.

Cyntia created a business model between the hostel and the three star hotel, with a differentiated rate. Demand has grown creating a need to double service to private rooms. For this, it needs to invest in building a new block, but does not find credit in the market for the business profile.

According to the businesswoman, the models financed by the General Fund for Tourism (Fungetur) and offered through Prodetur + Turismo reach large projects, or prefectures and states, and exclude the small entrepreneur who needs to resort to the common interest offered by the banks. “You get in debt with interest of more than 1% a year, you can not. It’s a snowball,” she says.

Another government bid to attract tourists is the decree that frees the requirement of entry visas in Brazil for tourists from the United States, Canada, Australia and Japan. The measure comes into effect on Monday (17).

Tourists from these countries were already benefiting from electronic visas and according to the government, the total number of visitors from these four nationalities grew by 15.73% in 2018. The Canadians were the ones who took the initiative the most, with an increase of 45.3%, followed by Australians (24.7%), North Americans (13.3%) and Japanese (5.5%).

“The numbers show that we are on the right track to leverage Brazilian tourism and position it among the great international destinations. We expect that, with the visa exemption for these four countries, the next results will be even more expressive,” according to Minister Marcelo Álvaro Antônio. 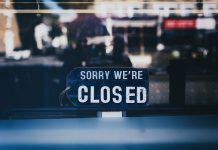 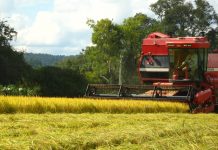